In close cooperation with the Dutch Ministry of Infrastructure and the environment (IM), InfoMil helped the Ministry of the Environment Protection and Natural Resources of Georgia develop the National Environmental Action Plan (NEAP). The ownership was an important element of the project. The Dutch experts advised on the process and the content of the NEAP, although the text of the NEAP was formulated by the Georgian counterpart.

The Law on the Environment of Georgia (1996) stipulates that an NEAP is to be developed every five years and implemented subsequently. The first NEAP was adopted by the Georgian Government in 2000 for the period of 2000-2005. Due to the deep economic and financial crisis in the country at the time, most of the activities included in the plan have never been implemented.

Financially supported by UNDP, the development of the second National Environmental Action Plan started in 2006 under the overall coordination of the Ministry of the Environment Protection and Natural Resources of Georgia. The project was finished at the end of 2007, but the methodology used as well as the final draft document itself, which failed to cover all the themes concerned, received considerable negative criticism from NGOs and various experts and stakeholders. There was no (public) support for adoption of the Plan.

The project aimed at increasing the capacity of the Ministry of the Environment Protection and Natural Resources of Georgia in the field of environmental planning by assisting it in the development of the second NEAP. An environmental planning framework was developed using experiences and elements of the methodology that were used in the Netherlands when developing the Dutch National Environmental Policy Plans. The NEAP became a comprehensible document clearly identifying the environmental priorities of the country, and has been widely supported. It contains clearly defined policy goals, subsequent measures, deadlines and finances.

Duration of the project

The project duration was from October 2009 till December 2010. 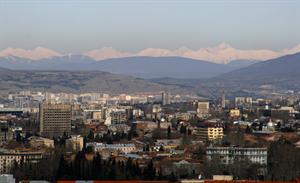