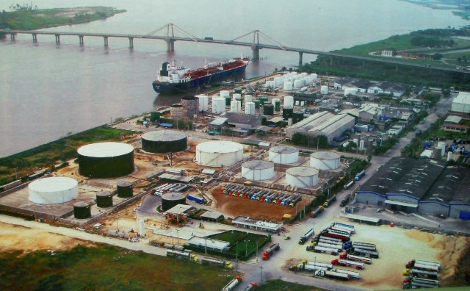 Background: On March 8 2016 a Memorandum of Understanding was signed between the municipality of Barranquilla, the Área Metropolitana de Barranquilla (AMB)and the Dutch Ministry of Economic Affairs.

The overall aim of the MoU is the promotion of the cooperation on environmental control, sustainable industrial port development and improved safety of industries and transport sector. It also marks the start of a process of identification of a long term partnership between the municipality of Barranquilla, AMB and Dutch Government.

In the MoU the following actions have been identified to reach the aims of the MoU:

Goals: Sustainable and safe development in the port areas of Barranquilla.

Activities: In the first quarter of 2016 the risk assessment has been carried out.

In June 2016 a study tour to the Netherlands was organized for the Colombian experts and stakeholders of Barranquilla. During the study tour expertise and experiences were shared on sustainable port development and Dutch system of the management of industrial development and environmental control. The outcome of this study visit resulted in a technical study for the establishment of an organization for the environmental and safety management in de port areas of Barranquilla by the project team in Barranquilla.

The Masterplan foresees in the organizational development of OGRAM to become a professional and efficient organization in executing its tasks and responsibilities in the areas of Inspection and Control; Evaluation and Authorization; Monitoring and Supervision and Emergency and Response.

In January and April 2017 workshops were held in Barranquilla with experts from the relevant organizations in Barranquilla and Rijkswaterstaat with the aim collect expert views from the local organizations on themes as permitting and inspection, emergency and response, EIA and communication issues. The Masterplan for implementation has been drafted and will be finalized in July 2017.