Training of trainers in the field of Water and Environment

Together with the Dutch Government Service for Land and Water Management (DGL), InfoMil implemented a bilateral project in Turkey. The aim of the project was to set up a training programme to implement EU Water Quality Sector Directives. Turkey is a candidate Member State of the EU and therefore intends to implement European environmental legislation.

The project was a Government-to-Government (G2G) project of the Dutch Ministry of Infrastructure and the Environment (IM).

The purpose of the project 'Training of trainers in the field of the Water and the Environment Acquis in Turkey' was that at the end of the project period, the Turkish Government could train three main target groups: 1) key decision-makers, 2) technical staff in the competent authority and in partner agencies, as well as 3) representatives of key stakeholders in both content and implementation of the key EU Water Quality Sector Directives. With the results provided by the project, the Turkish Government is equipped to train agency staff and stakeholders in all 25 river basins in a timely fashion in the process of implementation of EU Water Quality Sector Directives. See the subject surface water for more information about the implementation of the EU Water Quality Directives.

As a general approach, the involvement of foreign experts in the training programme was most intensive during the initial activities in the project. Their involvement decreased with time and the trained Turkish trainers took over the role of the foreign experts as much as possible and as soon as possible. The emphasis in the role of the foreign experts shifted from trainer to facilitator to coach. Managers, technical experts and stakeholders learned how to draw up the River Basin Management Plan (RBMP) for each basin. At the end of the project, a core group of trainers was formed with competence in the key parts of the water and environment relevant for river basin management planning.

The National Implementation Plan (NIP) in Turkey for the Water Framework Directive was set up to ensure that the related directives on groundwater, wastewater, priority substances, nature protection and others were also addressed. The key output of the NIP was the River Basin Management Plan (RBMP) for each of Turkey's 25 basins. The EU-funded Twinning project 'Capacity Building Support to the Water Sector' (2007-2009) established the main iterative steps through which, in the Turkish context, the RBMP was prepared. The contents of the training modules of the project followed these steps. As these steps were also in line with the EU Common Implementation Strategy for the WFD, the developed CIS Guidance Documents could be used as reference documents for the training modules.

For further information about the project please contact InfoMil.

For further information on water policy in the Netherlands visit the site of Helpdesk Water, Waterland and the site of the Twinning WFD Turkey. 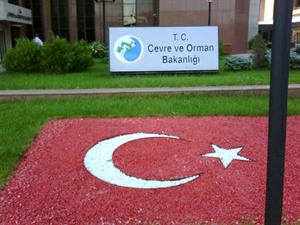